Our passion for baking premium cookies and crackers is rooted in decades of tradition.
After all these years, one thing we’ve learned is that goodness never truly gets old. Take a look and see for yourself just how far our tantalizing treats have come.

The McVitie’s story begins after apprentice baker Robert McVitie and his father William opened a provision shop in Edinburgh. The popularity of Robert’s baking prompt the pair to open several more stores within a few years. 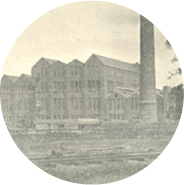 Charles Price joins the firm and spends the next 13 years growing the brand into a household name, known then as McVitie & Price. Increasing demand leads the duo to open a larger factory in Edinburgh in 1888.

Robert McVitie passes away, leaving the business to his son, Robert Junior. To capitalize on the biscuit’s popularity, Robert Junior immediately invests in larger bakeries. 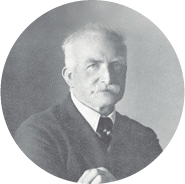 McVitie & Price realized they had some royal fans in 1893, when they were asked to bake the wedding cake of Queen Mary and King George V.

Through some experimentation, McVitie’s developed McVitie’s Chocolate Digestives which are still popular today.

Standing tall at over 2.5 metres, McVitie & Price were honoured to create the wedding cake for Princess Elizabeth and Lieutenant Philip Mountbatten. It stood over 2.5 metres tall. Due to post-war rationing of food, ingredients for the cake were sent as wedding gifts overseas and the cake pieces were later distributed to community children and schools.

HobNobs made their first appearance in 1985 and just 2 short years later, a chocolate version was created based on high demand. 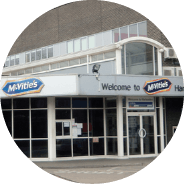 Celebrations erupted from the McVitie’s factory at Harlesden, Europe’s largest, in honour of 100 years of baking.

McVitie’s deliver a ground-breaking ‘Biscuit category first’ with a 50% reduction in the saturated fat content across the flagship Rich Tea and HobNob brands.